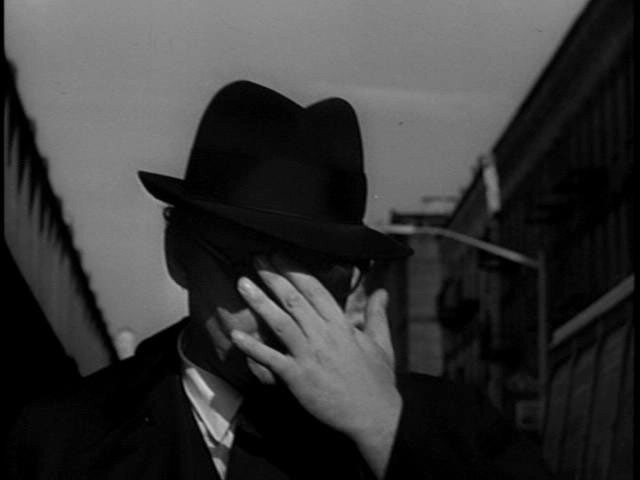 Some films  challenge you. Engage you. At the end the screen goes blank and you have to pull yourself back to who and where you are. You question all the facile assumptions you use to order your life and give it some meaning – reasons to get up each and every morning. Sidney Lumet’s The Pawnbroker is such a film.

Then you start reading what the “critics” have said.  Andrew Sarris called it “drivel” and Pauline Kael said it was “terrible”.  Film scholar David Bordwell in a feint valedictory for Lumet largely agrees with these pronouncements from – his term – “the critical intelligentsia”.  I give not two figs for this intelligentsia and their pretensions.

The Pawnbroker is a great film. An attempt to comprehend how a person can survive the unspeakable horror of the Holocaust and live. Pawnbroker Sol Nazerman exists. It is hard to say he does anything more. His living is to deny life has meaning beyond the sordid need to make money. He is not a brutal man just indifferent to others and consumed with his own pain. A pain bearable only to the extent that he denies it. The broken lives that confront his caged counter every day are simply triggers for stamping a pawn ticket and handing over a few dollars from the till. That these others suffer does not enter his comprehension.  He is not above fooling himself though. He launders money for a black racketeer with indifference – until he discovers that prostitution is one the rackets.

The Pawnbroker the film has large ambitions. It succeeds manifestly by drawing out the lives of small people. The people who go to a movie for relief, an escape from an existence that denies their worth, a world not interested in their suffering, and a fate standing ready to smack them down by whim alone. Not the kind of people who read the Village Voice.  A mother alone trying to bring up a boy who lives on the streets,  loves a girl, tries to build a decent life, goes wrong, then does right, only to pay the ultimate price alone amid squalor and indifference.  The man who feels no pain for a moment gets out beyond himself – but it is too late.

All the elements of this film deliver. The screenplay weaves the past and the present by juxtaposition, with what is not said, and is economic when words are needed. Each player  has a convincing sincerity. Rod Steiger’s portrayal of Nazerman is a tour-de-force and his nominations for an Oscar and other accolades are richly deserved.  The other players are as real – even if for a few short scenes.  The direction reviled by the “intelligentsia” as being heavy-handed and overwrought to my eyes is a revelation. Stillness is respected, movement followed not led, and the camera ready to be unanchored by what is happening on the screen. The score is savagely alliterative, so much so that you take it as your own heart-beat, arcing from aching to pounding. The editing is fluid and manages the shift from the past to the present almost seamlessly.  Apart from an opening scene in a suburban backyard indistinguishable from the other backyards around it, a scene which has a meaning of its own, the streets of a proletarian New York form a backdrop and a chorus to the intersecting lives that ebb and flow on their pavements, and sometimes collide. People looking out from tenement windows attuned to the spectacle of existence played out below. While they are desensitised to the trauma and tragedy that breaks out onto those streets, it happens not often enough to deny a spectacle yet is sufficiently familiar to hold their interest for only a short time.

All you need to let this film move you and pull the world from under you is compassion. Leave your self-importance in a jar by the door. Suffering is universal and suffered by each soul alone.