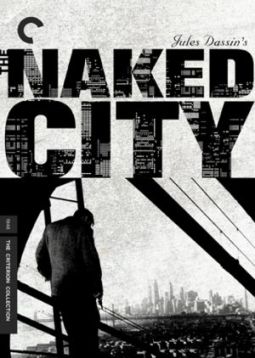 Jules Dassin’s third major feature, The Naked City, is legendary for its cine-verite portrayal of the city of New York: on the streets and in deep focus, with a stunning climax on the Williamsburg bridge.  Deservedly, in 1949 William H. Daniels received an Academy Award for Best Black-and-White Cinematography and Paul Weatherwax  an Oscar for Best Film Editing.  Miklós Rózsa and Frank Skinner contribute a solid musical score.   A voice-over narration by producer, Mark Hellinger, who died before the movie’s release, follows the story of a murder investigation by NY homicide cops.

The story is well-paced with the who-dun-it and why tension elegantly elaborated. While the cast is solid and the dialog has a sardonic edge, the picture is essentially a police procedural of little irony or depth, and with a ‘magazine expose’ feel . Once we are into the story, Hellinger’s voice-over becomes tedious, and by the climax downright annoying, as he starts addressing a hood on the run. Thematically, there is little to distinguish The Naked City as a film noir. We have to wait for Thieves Highway the following year to begin to appreciate Dassin’s greatness as a noir director. 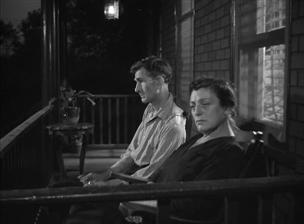 It is the city of New York and its people that hold our attention, and the several bit-portrayals of people going about their lives are truly engaging. The final scene where a street-sweeper in profile scoops up yesterday’s papers from the gutter and moves on into the New York night gives an arresting hard-bitten closure to the story behind the murder and to the film itself. 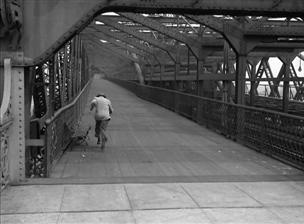