In Irving Rapper’s 1946 dark melodrama Deception (1946) Bette Davis is no longer young and as fiery as in pictures past but she still packs a mean punch.  Her co-star Claude Raines chews up the scenery and dominates as a vain and vindictive lover. Though Bette gets to plug him in the end. Apparently during production Davis was so scared of Raines stealing the picture, she had the ending changed so that she literally put matters to rest. Director Rapper was reported as not being too happy with this change, but to my mind the scenario’s trajectory points to nothing less.

The story revolves around a passionate love triangle with the other co-star Paul Henreid.  Raines has been ‘mentoring’ struggling émigré pianist Davis and things change when her lost lover and cellist Henreid turns up.  These creative types set to it with a vengeance, with Davis establishing her own tragic entrapment by lies and an obsessive distrust of Raines, who plays at the homme-fatale. An impressive modern classical score by Erich Wolfgang Kor is used to wonderful effect.

Deception is a strange film with a metropolitan gothic ambience.  Quite avant-garde for a Hollywood soapie of the period, with inventive low angles and expressionist lighting deftly overcoming set-bound constraints. Amazingly, Davis later admitted that Raines made the picture! The direction is certainly elegant and the collaboration with ace DP Ernest Heller and Art Director Anton Grot produced masterly monochrome visuals ranging from the sumptuous almost decadent elegance of Raines’ palatial home to the stark modernist lines of Davis’ NY loft apartment.  This apartment has the city as a brooding backdrop exposed by a massive window running the length of a wall of the tenement.

A must-see noir melodrama. Check out these other frames from the movie. 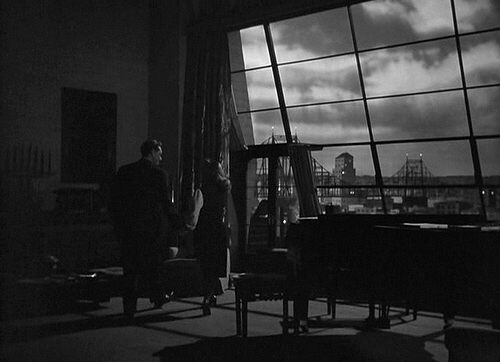 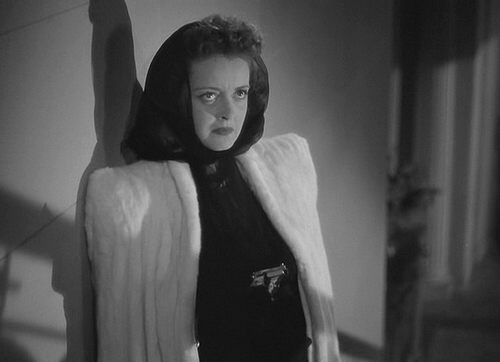