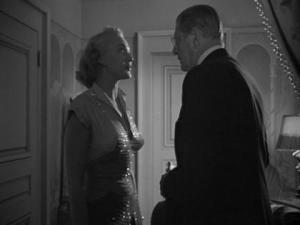 Side Street (1950)
Young postal-worker with no prospects and a pregnant wife makes the mistake of stealing from a crooked lawyer.  A tight and savvy noir from Anthony Mann and DP Joseph Ruttenberg explores the claustrophobic canyons of New York and ends with an ironically appropriate ‘crash’ on Wall Street.  While the noir atmospherics are there, Sydney Boehm’s screenplay lacks tension, and the leads, Farley Granger and Cathy O’Donnell, fresh from Nicholas Ray’s They Live By Night (1949), fail to impress.  Bravura camera-work and editing in the climactic car chase make the ending exciting, and the signature Mann violence is particularly callous.  James Craig as a savage hood is arresting.

Mystery Street (1950)
An innocent everyman takes flight after he is implicated in the brutal murder of a b-girl.  A noirish police procedural set in Boston is ok only with disappointing work from DP John Alton.  John Sturges directed.  The inimitable Elsa Lanchester is great as a conniving landlady, and Jan Sterling is nicely camp as the b-girl, but she is knocked-off early.  Bruce Bennett as a Harvard forensic scientist is even more wooden than when he played Mildred Pierce’s boring husband!  Rocardo Montalban as the investigating cop is charming but without depth.  The denouement is flat as stale beer. 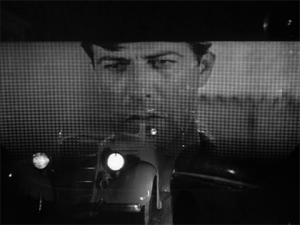 High Wall (1946)
A war vet with a brain tumor that causes blackouts and amnesia is charged with his wife’s murder.  A film noir where cars are integral to the story and to the noir aesthetics: fast cars screeching to nowhere, dark streets, rain on asphalt, roadblocks, escape, entrapment… ‘crashing out’.  Directer Curtis Bernhardt and his DP Paul Vogel in the many scenes with cars in this picture have fashioned indelibly mystic images of the noir car.  An inverted mis-en-scene that contrasts the order and brightness of a mental hospital with the dark and menace of city streets and apartments at night, delivers an interesting dynamic, but the grittiness factor is almost absent.  Leads Robert Taylor and Audrey Totter are not up to standard, but Herbert Marshall as the bad guy is palpably rotten.

4 thoughts on “Summary Noir Reviews: Between Wall Street and a High Wall”