After small-time hood, Mike Fury (aka Furioni) beats a rap for a murder committed by a crooked casino-boss, he has to collect from the capo who welshes on the deal, and fight deportation as an undesirable alien. (1950 RKO. Directed by Ted Tetzlaff 80 mins)

Apart from leads Victor Mature and Wiliam Bendix, the only other strong film noir connection for Gambling House, is Roy Webb’s soundtrack. With a plot broadly similar to Mature’s earlier Kiss of Death (1947), this is a tight thriller-melodrama with nicely-integrated social and romance angles. Mature is charming as the reforming hood, Bendix dependable as the casino-operater, and Terry Moore truly engaging as the love interest.

The cinematography and art direction have a gritty noir look with deep-focus New York location shooting. The direction is tight with not a false step for the full 80 minutes.

The cast is entirely convincing, and the post-war migration and citizenship themes are handled simply at a personal level with a moving sincerity, and without grand-standing.

An engaging picture which has an immediacy that belies its age. 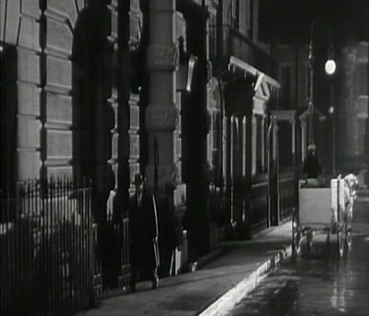