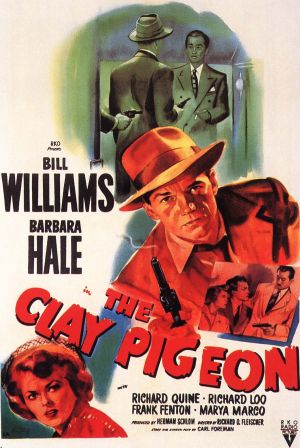 A WW2 ex-POW suffering from amnesia is accused of treason. (RKO 1949, Directed by Richard Fleischer 63 mins).

The Clay Pigeon is a tight b-thriller from Richard Fleischer, who also directed the b-noirs Bodyguard (1948), Trapped (1949), Armored Car Robbery (1950), and The Narrow Margin (1952). Set on the streets of LA’s Chinatown with a realistic chase sequence, and a nail-biting climax on a train at night, the movie is energetic and great entertainment. A Japanese villain adds to the exotic mix, with good performances all-round from a solid b-cast.

There is an interesting interlude in the apartment of a Chinese widow of a Sino-American war vet where the protagonist hides from his pursuers, which is deftly woven into the story and adds considerable depth. The widow is nicely played by Marya Marco, who had a short career as a bit-player in the 40s and 50s. 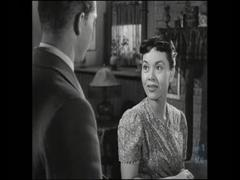