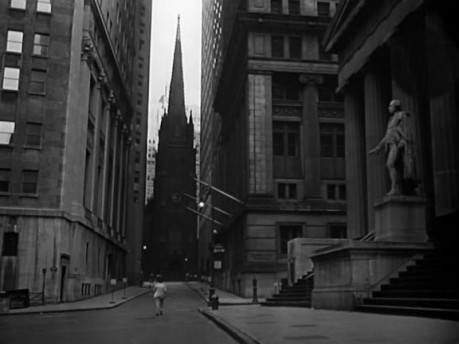 With the passing of Jules Dassin, it worth noting that social criticism in early film noir is largely ignored by most contemporary noir pundits and populists.

James Naremore in his 1998 book on film noir, More than Night: Film Noir in Its Contexts, mounts a strong argument for the leftist origins of film noir (my emphasis):

…most of the 1940s noir directors — including Orson Welles, John Huston, Edward Dmytryk, Jules Dassin, Joseph Losey, Robert Rossen, Abraham Polonsky, and Nicholas Ray—were members of Hollywood’s committed left-wing community. Among the major crime writers who provided source material for dark thrillers, Dashiell Hammett, Graham Greene, and Eric Ambler were Marxists to one degree or another, and Raymond Chandler and James M. Cain were widely regarded as social realists. Among what Robert Sklar has described as the major “city boy” actors of the period, Bogart and John Garfield, who played veterans of the Lincoln Brigade in Casablanca and The Fallen Sparrow (1943), were icons respectively of liberalism and leftist radicalism. Meanwhile, the credits for noir screenplays usually included such names as Albert Maltz, Howard Kotch, Waldo Salt, and Dalton Trumbo, all of whom were eventually blacklisted, and these screenplays were often based on literature by such politically engaged figures as Kenneth Fearing, Vera Caspary, Daniel Fuchs, and Ira Wolfert.

There is good reason to conclude that the first decade of American film noir was largely the product of a socially committed fraction or artistic movement in Hollywood, composed of “Browderite” communists (after Earl Browder, head of the American Communist Party) and “Wallace” Democrats (after Henry Wallace, the radical vice president and potential successor to Franklin Delano Roosevelt). This movement is somewhat downplayed by Borde and Chaumeton, who emphasize the anarchic, antisocial qualities of noir and who initially argued that the form died off with the rise of neorealist policiers in the late 1940s. The Cahiers critics and subsequent American commentators tended to depoliticize noir even further, thereby obscuring the fact that many of the best thrillers of the 1940s and early 1950s were expressions of the Popular Front and the radical elements of the New Deal. A more accurate account would show that although the noir category viewed as a whole has no essential politics, it has formative roots in the left culture of the Roosevelt years—a culture that was repressed, marginalized, and virtually extinguished during the postwar decade, when noir took on increasingly cynical and even right-wing implications. During the 1950s, the congressional hunts for communists in Hollywood were themselves based on a kind of noir scenario and were crucially important to the history of American crime movies, affecting not only their politics and their doom-laden atmosphere, but also their reception by later generations. (pp 104-105)